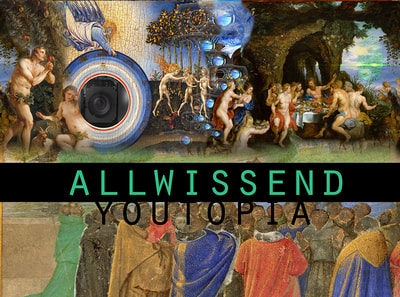 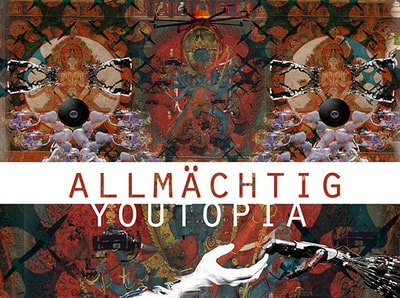 Analog public art, Melk Billboards is a huge installation curated by Ursula Probst in the city of Melk, Austria. The project, called YouTopia, discuss the human identity front of the technology revolution of XXI century and the idea of a cyber mythology, build gradually in the last years. More as a political reflexion, this artwork brings the debate of recreation of value, the collective hope from of digital technology // contemporary science. The images used to create the billboards are traditional European religious paintings and Asian religious paintings, mixed with images of digital devices (drones, cameras, virtual reality glasses, robotic arms). Each billboard shows a different word in German: Allwissend - Omnipresent, Allmachtig - Omnipotent.

The first billboard is designed to make us think about the submission, surveillance and digital control, making a conceptual comparison with the submission front of god and his will, in a complete surrendered state of mind, where the hope in technology goes beyond the believe, becoming the believe itself. The second billboard is designed to debate the condition of the obsolete human body and the new levels of complexity of the contemporary cyborg. Inspired by artists like Stelarc and Orlan, the idea is to bring the dilemma about self destruction and power; the limits of the humanity and machine; the importance or not of the biological body; the topic of soul being attached or not to the physical body; the avatar condition.

In a complex contemporary scenario of rediscovering of our own limits, I believe this is an intervention to provoke. My goal is to make people think about their own existence and values, beyond what they buy, beyond what they share, going through a real self evaluation of their hybrid beings, either in their minds or bodies. 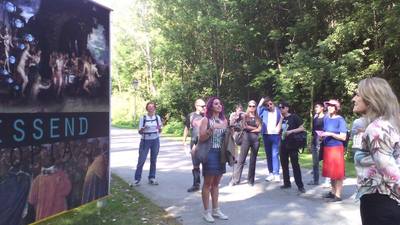 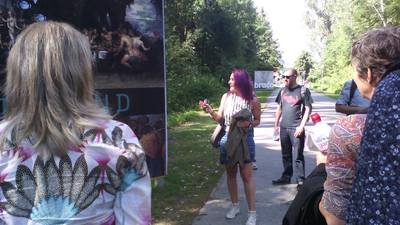