This project, developed for the LABMIS 2017 residence, discusses the production of imagery collections in social networks, the relations between analogical and digital, institutional and not legitimized, and the new unfolding of the spaces of the museum beyond its own physical space. As part of a larger research, linked to the project's authors, The Museum of the Other and a theoretical-practical reflection from the Museum of Image and Sound of Sao Paulo through its visitors and passers-by. The creative process for this action required stages of creation, study, and research. As we collaborate with professionals from the IT field, we build an action that involves a specific technology, physical computing, represented in this project by beacons, information emitters that allow immediate connection between mobile devices and data on the web. The choice of this device is part of the methodology adopted, in following the steps of creating the project, The Museum for Others and The Others for the Museum. Physical computing reduces the distances in the web experience, bringing information and connectivity to the museum's physical space, a dynamic that has been implemented in several museums around the world, including the Pinacoteca do Estado de São Paulo (which has developed an interactive access with beacons, developed by IBM, from about the same time our project was being implemented at LAMBIS). 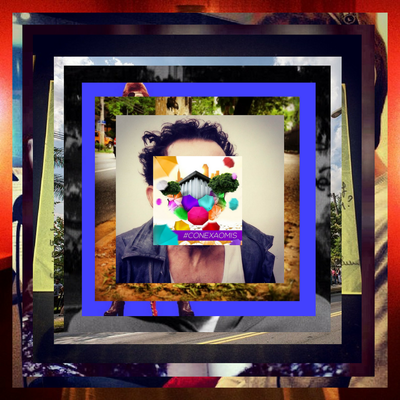 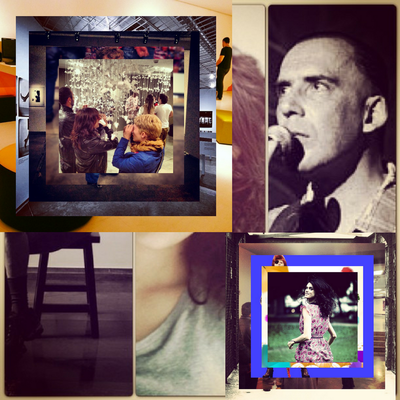 An application website has been developed for this step, which allows users to obtain more information and directly access the contents of the Museum of Others, in a long process of study and creation of a suitable app and a simple dynamic of interaction for the visitors. For the development of these visual interfaces, it was defined the visual identity of the project, the minimalist design in black and white, and sought to briefly explain the actions of the user throughout the use of the interactive experience in the Museum.

Throughout the month of August/2017, the beacons were installed in the exhibition space, allowing the local mapping of the images produced collectively by the users, based on their individual experience in the museum, feeding our database to the Instagram server. The second methodological step is the visualization of collected collections, in an aesthetic experience divided into two phases: intervention in the museum space with interactive images with augmented reality, and final installation to be exposed in the LABMIS 2018 exhibition. The intervention phase enables museum visitors to visualize the result of this mix of images posted by themselves and exposed in the museum in a random way. For the construction of these images, we used augmented reality software and gif editing, mixing the images in our database and generating interactive gifs with augmented reality.

For the final visualization of the collections, adhesives (also present in the project site www.museudosothers.com, for online / remote interaction) were installed, containing compilation of the Instagram posts with the studied hashtags, whose activation is through the application Aurasma for interaction with augmented reality.

According to research and survey of hashtags we observed the use of the following hashtags #museudaimagemedosom (9,683 posts), #segundanoacervo (16 posts), #museudos others (38 posts), #museudaimagemedosomsp (340 posts), #labmis (240 posts) # labmis2017 (48 posts). Note the importance of using the geolocated point of the Museum of Image and Sound, which presents a set of 46,079 photos in the Intagram. Below, some of the images used in the hashtag #segundanoacervo, as well as the importance of the narrative built on the collection, where we already placed in the Instagram of the Museum of Others.
​The final result is divided in two phases: an AR intervention, using tags in the museum place, in which people can access the different content created on that location, and a immersive installation to be exhibited on July/2018, using all the images collected during one year, in a curatorial experiences about the visitors of the museum creating memories trough and about the museum itself.
The Museum of The Others