Front of the digital memory context, this public intervention aims to discuss local identities, through interactive dynamics and the furniture design. Reviewing the concept of urban furniture and mixing design and digital art, this artistic intervention uses augmented reality to trigger memories and discuss the collective and individual process of curatorial memorial experience, while it proposes an analog way to edit memories.

Hanjio is a public art intervention that puts together elements of the Korean cultura, augmented reality and the discussion about open source heritage. Using the origami practice as the main aesthetic reference, this interactive furniture is an abstract reference to the millenarian practice of origami in Asia as well to the heritage attached to it. More than that, the association between origami and paper exposes the ambivalence between the tangible and intangible heritage, related to the paper itself as the object exposed to time and the oral knowledge of origami practice that represent the intangible part of the culture. The paper shows the action of time and refers to documentation, full of facades and surfaces touched by people in a very personal folding method.

The thousands faces to be unfold in the origami inspire the idea to make each facade interactive and open to expose potential memories. The name of the project talks directly with its concept, considering that Hanji is “the paper of Korea”, relating to the traditional craft technique and the other preconception about paper: the mission of Korea, meanings, documents, memories, proofs of existence, exposure to time, tangibility of the culture, heritage, conservative practice. To complete the concept I searched for the term memory in Korean, translated with the sound “gieog”, meaning memory, storage and mind. This way, the sound “Hianjio” is a combination of both (hanji + gieog), in a message about memory, meanings, digital collection and personal experiences. As artistic references for this project I point to Lygia Clark’s artwork Os Bichos, famous piece created by the Brazilian artist on 1964, proposing the interaction between visitors and object, aiming to allow them to touch and model the art object. Another important reference is Helio Oiticica, from the tropicalist movement, whose affirmed the idea of the Museum is the World. This statement justify to make a furniture that exposes memories and local testimonials, mixing institutional history, individuals perceptions and their memories.
​
The design of the interactive furniture follows the Korean patterns from the original Hanjis, in a redesigned overview of the artist, trying to highlight bright colors and patterns. The objects will be created in the lab using local materials as well as wood, acrylic or cardboard, with a mechanism of folding the parts of the object, as well as Ligyas’ proposal. Each side of this parts will contain interactive memories activated by augmented reality, collected and edited in partnership with the locals and the Asian Culture Center Team, trying to make this approach as local as possible. The dynamic of interaction brings another interesting perspective: the edition of memories in real time in between analog and digital. Allowing the passers by to touch and redesign the furniture, individuals able to hide or not the memories in the faces of the object and set up them, where a real time edition of present and past happens and digital memory content can be edited manually. At the same time, it brings the deep discussion about hidden and sic losing memories and the individual curatorial process behind the digital me, prices in the contemporary context. 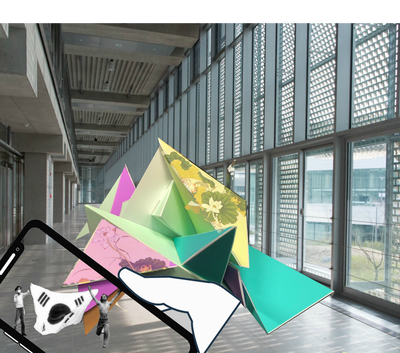 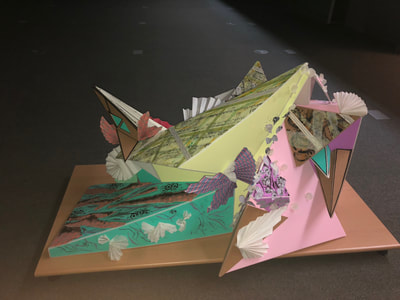 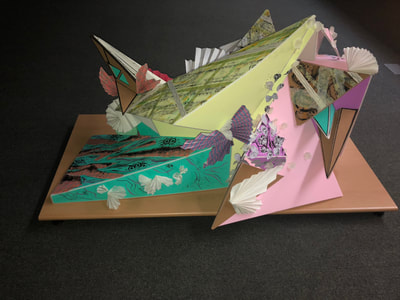 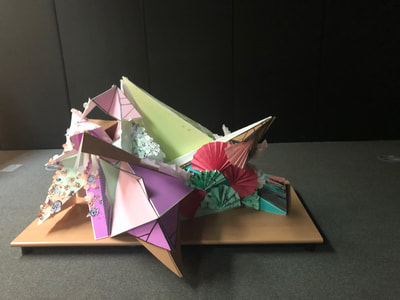 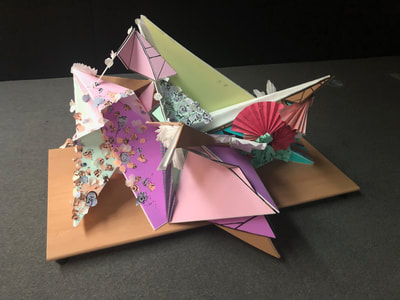 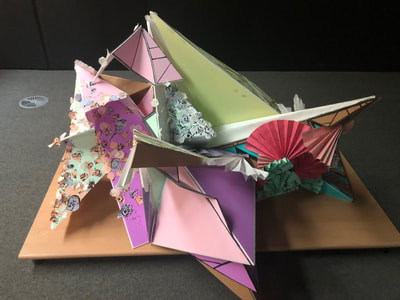