GGC
Vienna, Austria
ARLines of the City aims to build new layers in the urban places, creating imaginary locations in physical places, using the images collections from internet to create mixed digital interventions. This artwork is a dialog between Vienna (Austria) and Sao Paulo (Brazil), making visible fragments of brazilian anonymous graffiti inside and outside viennese urban places (collected from Google Streetview).

Based in Google Streetview images and Augmented Reality, this project is reflection about the connection between cities in the world, mixing their aesthetic in a mixed experience in the exhibition environment.

The discussion is not about the simple visual culture exchange, but a very complex debate about levels of appropriation of the city - physically and virtually. The Google Streetview images collections is a way to capture the frames of the city, and it could be understood as an intervention on our privacy, otherwise the graffiti is considered a non legal manifestation front of the material cultural and history. Lastly, this projects came after a particular situation in Sao Paulo where the mayor erased many important murals and graffiti in the city, considering them as depredation of the public patrimony. But then...The virtual images we produce are not patrimony too? The cooptation of our looks and memories is not a crime against our privacy? And maybe, there is a way to build a city out of the Google tools control, subverting the image in the Streetview.
​
A virtual graffiti as a civic action in the virtual city that never gets old; an interaction without whiteness of physical proves, in a way to make the city speaks outside the system.
​ 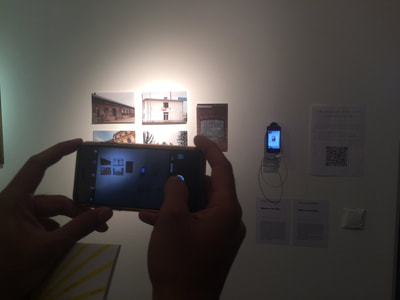 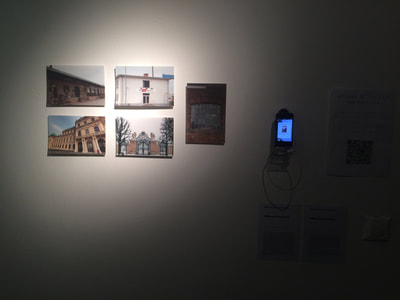 The artwork exhibited at WELT KOMPAKT? was a combination of 5 images from Vienna selected from Google Streetview, in which you could see "pixos"  and "grafites" from São Paulo with Augmented Reality. This was the first stage of a bigger research, expanded to Hacking Arts 2017 and Boston Arts Comission.

The use of social media channels such as Instagram and Facebook alters our sense of near and far, our awareness of intimacy and distance, of bodily presence, absence, and political mobility. What influence does social media have on how so-called “glocal” (global & local) projects and ways of living are organized? How does social media affect processes around freedom of expression and freedom of choice, or the democratization of knowledge and information transfers?

Collective modes of work as well as advocacy on political, social, ethnic and anticolonial issues comprise a major aspect of activities pursued by the artists participating in the exhibition WELTKOMPAKT? – as do questions as to the ambivalences and dichotomies of artistic processes.
​
Curated by Ursula Maria Probst